The vivenu story begins in late summer of 2017 in sleepy German town Hofheim am Taunus. Simon Hennes, then an undergraduate student and passionate event-goer, has had enough. Over the last months, he had been increasingly unnerved by just how cumbersome it was to get tickets for the events he wanted to attend. The process was always similar: After navigating counterintuitive websites and confusing checkout flows, he'd finally gets the tickets in his inbox – only to find that he had been charged an additional fee for the privilege of printing out the tickets himself.

His curiosity piqued by this pattern, Simon dug deeper. If the consumer experience of ordering tickets was already this broken, it would not be a surprise to find that the experience for organizers was even worse.

What he saw only added to his feeling of unease – and, increasingly, opportunity. To better understand just how big of a problem outdated ticketing software was for organizers, Simon took a closer look at the backends of different legacy solutions – only to find that their design and workflows were just short of hostile to their users: built on long-obsolete tech and with a user experience even nastier than the customer-facing one, it seemed to create more work than it took off ticketing managers. What's worse, the organizers he interviewed knew full well that the solution they were using was “the best of the worst”, but there simply were no better options out there.

His thesis verified, Simon branched out to build a solution that would work with, not against, organizers – and soon partnered with his long-time friends Jens and Simon (confusing, we know) to make it a reality. With Jens’ programming skills and the other Simon’s business experience, they got to work: if even sophisticated organizers had to make do with software this broken, they could only imagine what hundreds of thousands of smaller planners were forced to put up with. Over hundreds of interviews with event organizers of all scopes and sizes, their suspicion hardened into certainty: ticketing was a cornerstone of their business, yes. But most event organizers also had a visceral dislike for their current solution. Their reasons were the same across the board: too complex, too clunky, too rigid for their unique requirements.

Armed with such strong guidance on what not to do, the founders went to work to build what organizers so clearly needed: a ticketing solution that was powerful and could handle even the most complex workflows, sure – but more than anything, the product needed to be just as joyful and intuitive as using the latest iPhone.

After months of iterating and testing the product on a shoestring budget, the vivenu ticketing platform went live as a MVP in mid-2018. While the founders had a sense that their product could handily beat incumbents, they had not anticipated just how ripe the market was for their solution: a year later – after intensive customer discovery and R&D – and still completely bootstrapped, the company had got its first loyal customers and was receiving increasing inbound interest from organizers all over the world.

Based on this development, raising venture capital on such extraordinary growth and clear market need proved easy. By mid-2020, revenue had grown by a factor of ten compared to the previous year even during a global lockdown on events – and investors were starting to show up unannounced to the Düsseldorf HQ to pitch the founders to partner up. With more than $15m from top-tier global investors like Balderton Capital and Redalpine, and strategic partners like the owners of the NFL’s 5x Super Bowl winner San Francisco 49ers, vivenu was now also ready to answer the demand of organizers in the US and other prime markets outside Germany.

In January 2021, vivenu signed up the first US customers – and has not stopped growing since: couple of months later, the company is proud to serve front-running venues and organizers with its dedicated and growing team.

To meet this extraordinary demand and continuously improve the product offering, vivenu is growing its team to three digits, and is onboarding new talent from the world’s best ticketing and technology companies on a weekly basis.

Building on the enthusiastic customer feedback and explicit interest from ticket sellers around the world, vivenu is also dedicating extensive resources to building out the API to enable even more organizers to create extraordinary experiences for their guests and remake their internal ticketing processes.

vivenu is coming out of stealth – and can’t wait to show you what has been brewing.

Want to join the rocketship? 🚀  Find the open positions here. 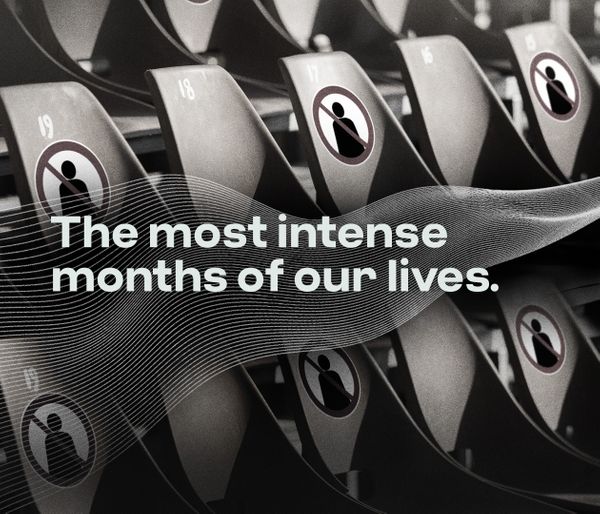 How vivenu helped event organizers survive the pandemic The pandemic has upended many long-held truths about the way things should be done. Some of these truths will persist after the 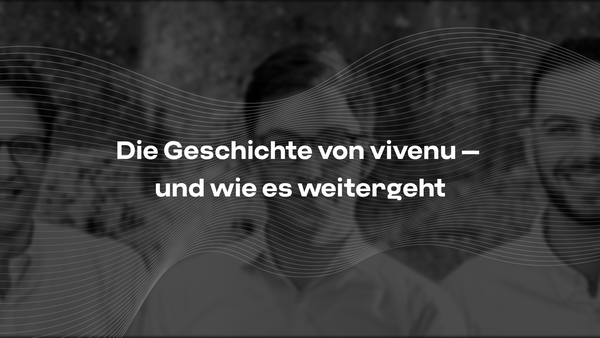